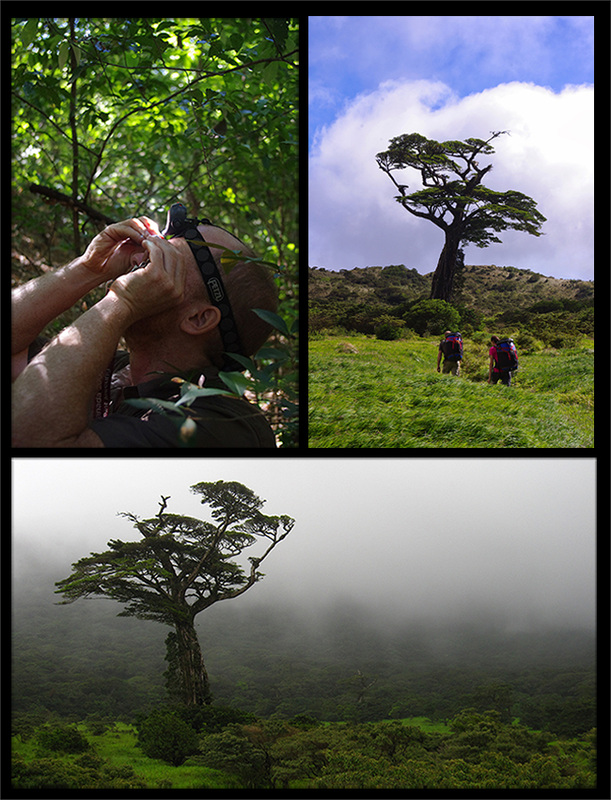 In this lab, we work to better understand the contemporary distribution of hyperdiverse, and often cryptic, species of insects across major ecological gradients in tropical and temperate environments. Our research is built upon projects designed to explore the causes and consequences of biodiversity across elevational, latitudinal and disturbance gradients and builds on long-term collections using phylogenetic, functional and physiological measures. I am committed to teaching, and learning from, diverse individuals and scientists, participating in outreach, improving how we communicate science, and publishing accessible research and data.

Species in high-elevation and high-latitude environments are being dramatically affected by climate change. While the largest amplitude changes are occurring in high-latitude locales – the most rapidly changing environments are tropical high-elevation communities. Here, it is hypothesised that long-term temperature stability has resulted in both high diversity and small species ranges – each highly vulnerable to the coming rapid changes in temperature and precipitation. It is often presumed, but rarely tested, that the highly stressful environment in which these tropical sky-island species live results in a strict filter on what branches of a regional phylogenetic pool will survive. While both biotic and abiotic factors interact to select the species found at any one location, the stress-dominance hypothesis predicts that with increasing environmental stress, the relative importance of environmental filtering increases and competition decreases. One method of testing this hypothesis is the use of phylogenetic community structure models. However, in a large-scale meta-analysis (Smith 2015) I have shown that, although intuitive, the expectation for phylogenetic clustering at high elevations is not always supported by data. From an ecological and evolutionary perspective, this reinforces how important it is to support intuition with data

Much of my research program is based on elevational and disturbance gradients within the Area de Conservacion Guanacaste (ACG - http://www.acguanacaste.ac.cr/investigacion/investigaciones-de-largo-plazo/96-hormigas-del-acg-alex-smith). Four papers have already come out of this work (Smith et al 2013; Smith et al 2014, Smith 2015, Smith et al 2015), one is in review and a further four (with students as lead authors) are in preparation for review in 2016-17. Much of my research takes advantage of more than nine years of intensive (and ongoing) insect and climatological sampling conducted on three 1,500 m elevational transects in the ACG.